The spillover effects of the Ukraine crisis are being felt, and the diamond market is not immune.

The price of small rough diamonds in the upper reaches of the diamond industry has risen more than 20 percent year-on-year since March, foreign media reported Wednesday. Small diamonds are mainly used in surround and Group Settings. Because the price is close to the people, it is popular with ordinary consumers.

Zhu Guangyu, a veteran diamond practitioner and editor-in-chief of Diamond Watch, told China Business News that the direct cause of the change in the price of small rough diamonds is the change in supply and demand. From the point of view of the global consumer market, small diamonds are abundant and widely accepted. Russian rough diamond company Alrosa has been greatly affected by the sanctions. In the product structure of Eloisa, most of the rough diamonds are small particles, which is suitable for making small particles of finished diamonds. 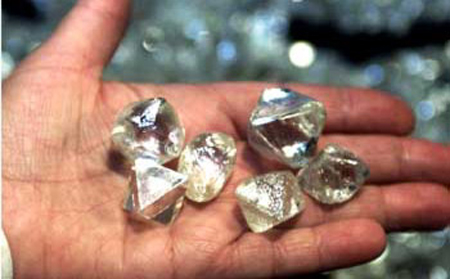 Zhu Guangyu believes that on the supply side, due to the impact of the Ukraine crisis, the United States introduced more severe sanctions against Russia, affecting Russia's rough diamond exports.

In early April, the U.S. added Russian rough diamond company, Eloisa, to its list of Specially Designated Nationals and Prohibited Persons (SDN). According to U.S. government regulations, any institution or individual who has financial dealings with those on the SDN list may also be subject to U.S. government sanctions.

As a result, Indian banks, the industry's largest midstream producer, have been unable or unwilling to process payments in recent months, keeping rough diamonds from Russian mines from flowing to Surat, India, the global center of diamond cutting. In addition, diamond retailers such as Tiffany and Signet Jewelers have said they will stop buying new diamonds mined in Russia.